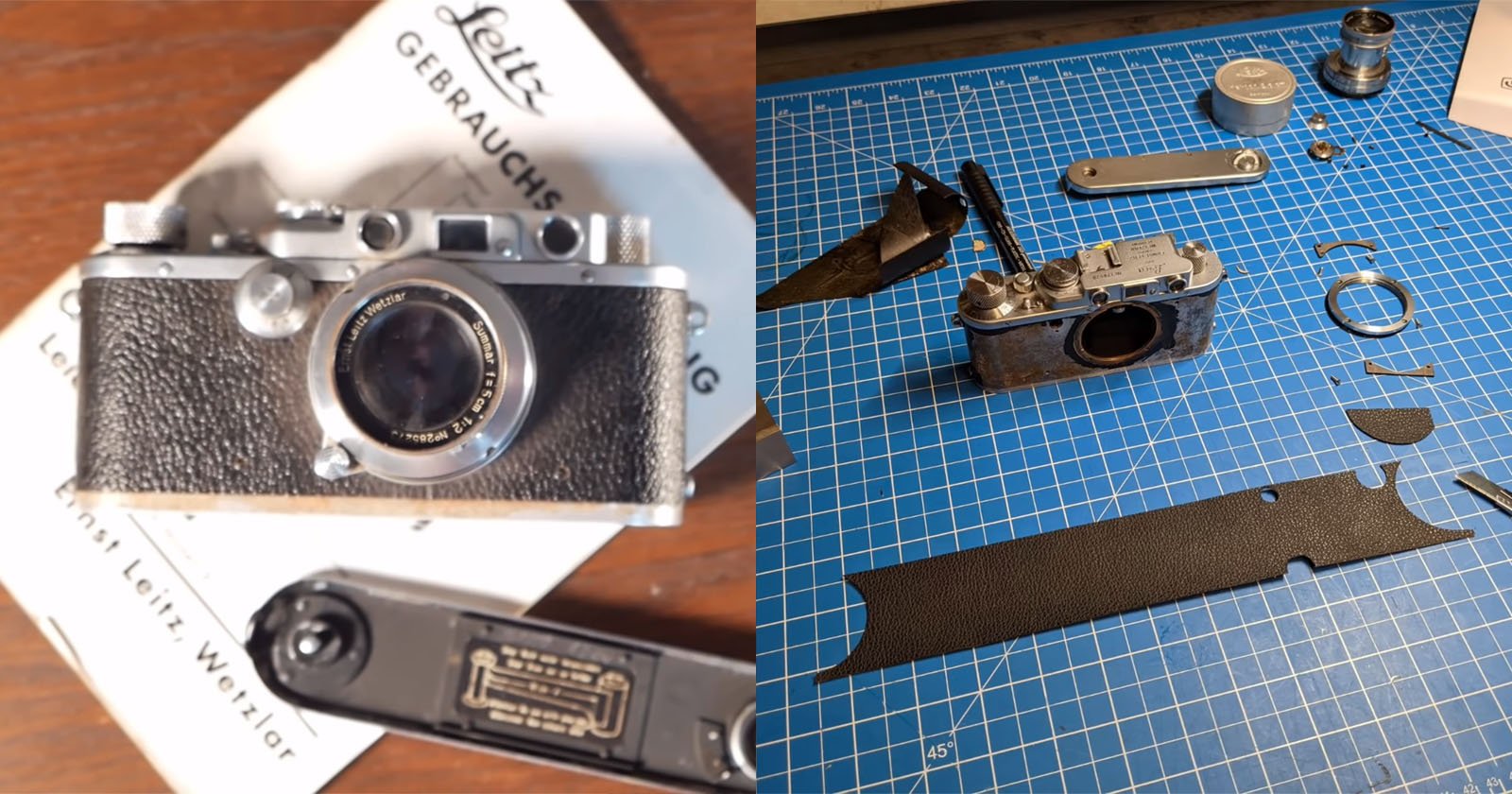 Maximilian Heinrich of Analog Insights recently inherited an 85-year-old Leica camera and handed it off to his friend Jules for repair and restoration. This 15-minute video is about the camera’s journey from nearly being passed on to a camera store to being brought back to form.

When visiting his aunt for a weekend, Max was told that he could look through a bag of cameras that his uncle wanted to get rid of. One of the cameras was a Leica IIIa (upgraded with Leica IIIf features) complete with a lens, case, manual, and accessories.

The camera was a bit dirty and worn on the outside, and had issues on the inside — the shutter curtain was often visible in the frame, film was misaligned as it moved through the camera, shutter speeds were inconsistent, and the rangefinder was completely off. Not wanting to spend a small fortune to restore the camera, Max enlisted the help of his friend Jules to attempt the revival, even though Jules had never repaired a Leica before.

Jules, against official Leica advice, completely disassembled the camera using watchmaker tools, carefully laying out the pieces on a tabletop to remember how to put them back together again. He then carefully cleaned the parts and adjusted the mechanisms that were off.

“Especially growing up in a context like today, where every phone or digital camera kind of looks the same and is also replaced after 4 or 5 years, it was incredible to see that a tool that is 85 years old can actually be restored and used again,” Heinrich says.

After the camera was put back together, it once again looked and worked great. You can find more of Analog Insights’ videos on its popular YouTube channel.

(via Analog Insights via Fstoppers)

Nine tips for building your photography portfolio
POWERFUL Photoshop Filter To INSTANTLY REMOVE Ugly JPEG Compression Artifacts
Cross Polarization: What It Is and Why It Matters
I designed my own 3D printed lens hoods because Nikon’s suck
Journalists Covering the 2021 Inauguration Urge Officials to Allow Them to Wear Protective Equipment