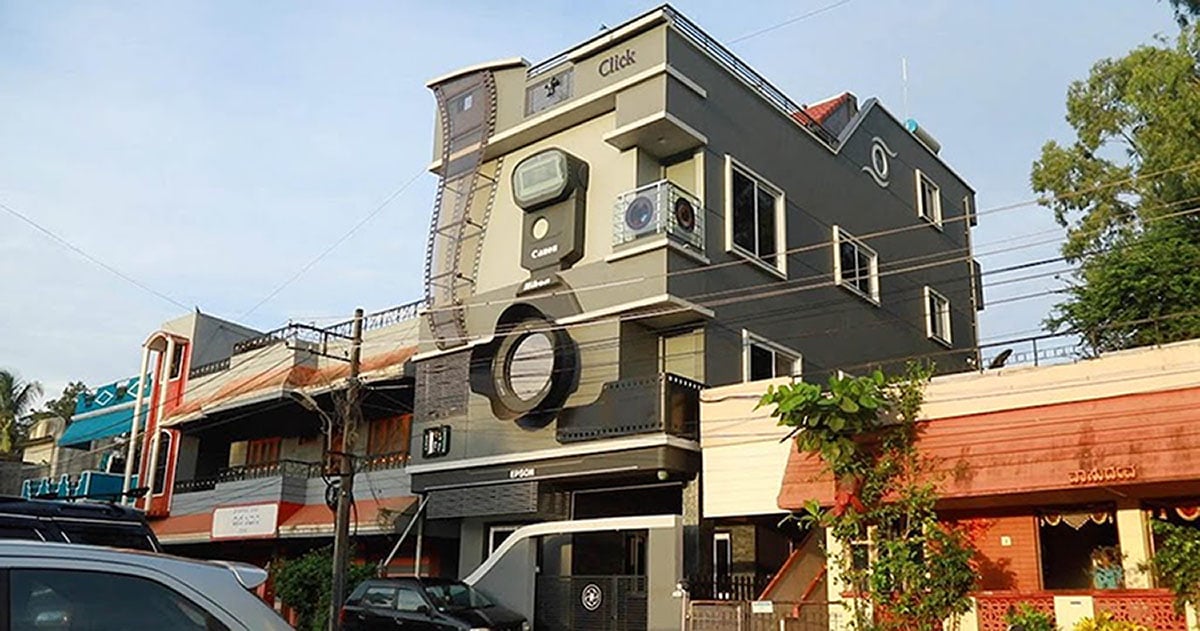 In the Indian city of Belgaum, there’s a man who loves cameras so much that he built a 3-story camera-shaped house. Not only that, but he also named his three sons Canon, Nikon, and Epson.

49-year-old professional photographer Ravi Hongal spent over $94,000 building his unusual dwelling, which features a lens, flash, film reels, memory card, and viewfinder on its facade. The inner rooms are reportedly camera-themed as well.

The house is so bizarre-looking that it has become something of a tourist attraction in Hongal’s town. It would also be a perfect building to turn into a working giant camera.

(via Laughing Squid and All About Belgaum)