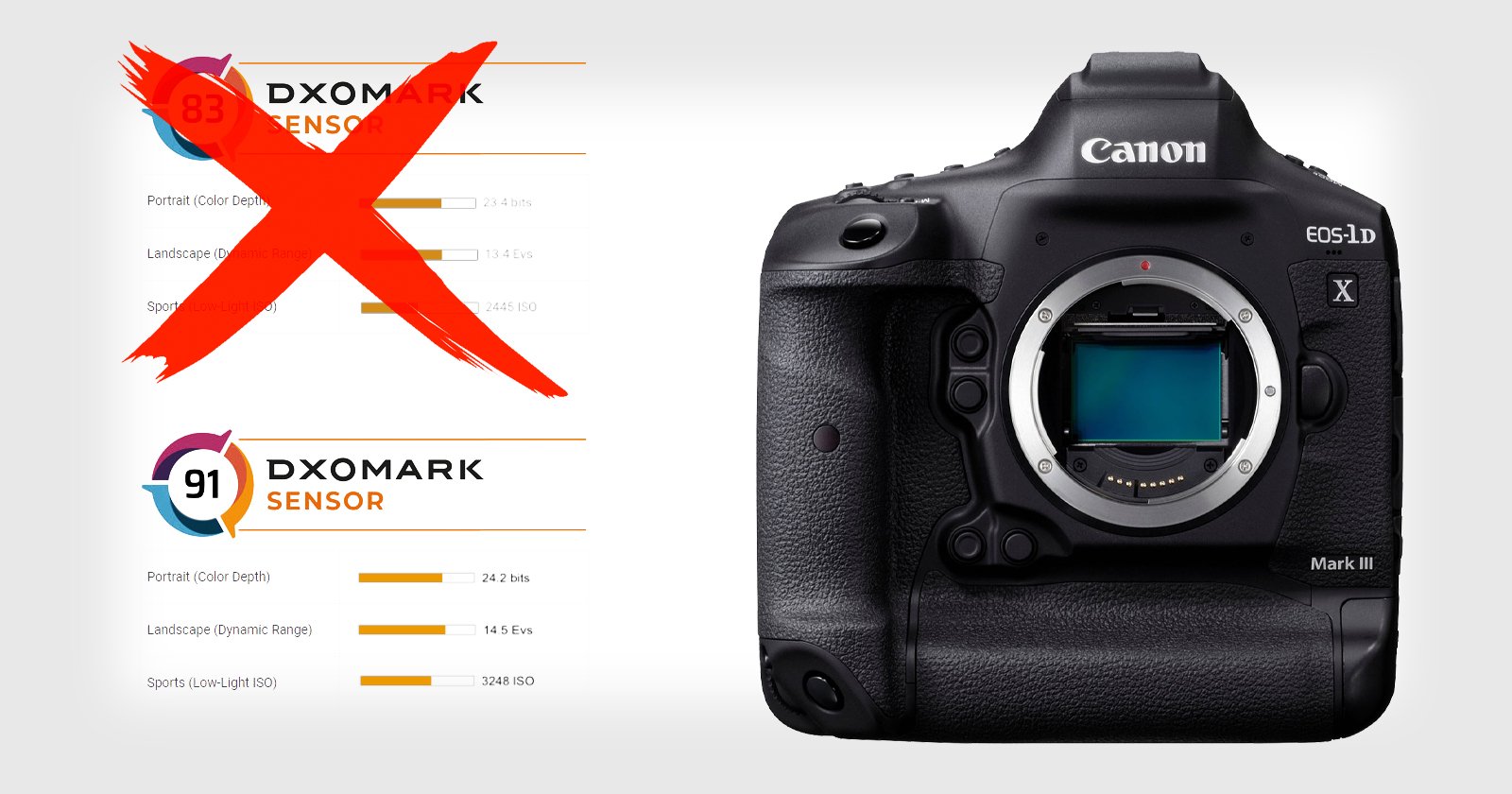 Earlier today, DXOMark issued an apology. The popular sensor testing company revised its controversially low score for the Canon 1D X Mark III, admitting that “erroneous testing data” had affected the scoring and screwed up their initial review. In other words: this sensor is much better than they thought.

When DXOMark first published their review of the sensor inside the brand new Canon 1D X Mark III, people were shocked: the camera scored lower than its predecessor across the board, and even lost to the first generation 1D X in two out of the three main categories. The results were very controversial, but DXO stuck to their guns, even going so far as to explain the results on the record.

However, earlier today, the company told PetaPixel that they were revising their score, adding a full 8 points to the camera’s overall score and blaming “erroneous testing data” for screwing up the initial results. An updated review is now live, alongside this correction and apology at the top:

Please Note: A previous version of this review, published June 19, 2020, contained erroneous test data that affected the scoring. This new version of the review contains the correct data and scores. We regret any inconvenience this may have caused Canon and our readers.

The corrected data and scores look a lot better for Canon fans, with the 1D X Mark III leaping ahead of the Mark II in every category, but performing especially well in the “Landscape” category, which is code for Dynamic Range. This has been a sore spot for some Canon sensors, and DXOMark confirms that their (accurate) test data shows “a dramatic improvement in dynamic range.”

“The EOS-1D X Mark III sensor has a relatively strong response in our Portrait (Color Depth) category, measured at 24.2 bits, but it has an excellent maximum dynamic range of 14.5 EV at its lowest two ISO sensitivity settings (ISO 50 and ISO 100),” writes DXOMark in their updated review. “That’s the widest dynamic range of any Canon camera measured to date.” [emphasis added]

Keep in mind that this is the same sensor that’s in the brand new Canon EOS R6, so any good news for 1D X owners is good new for the R6 as well. To read the full updated review and see the updated testing data for yourself, head over to the DXOMark website. We followed up with DXO about the “erroneous test data” they mentioned to see if they’re willing to explain what exactly happened with the initial review (which you can read here), and will update this post with further details if and when we hear back.

UPDATE: DxOMark sent us the following summary of the “erroneous test data” that they mention in the updated review:

A previous version of this review, published June 19, 2020, contained erroneous test data that affected the scoring. The error came from a bug in the tools that read the raw files of the device. We have never encountered this issue in our 10+ years of camera testing. The new version of the review published on dxomark.com contains the correct data and scores. We regret any inconvenience this may have caused Canon and our readers.

Here’s a Free 2.5-Hour Tutorial on How to Shoot Portraits with Speedlights
Improving your Licensing workflow
Unsplash has released over 2 million images in a new massive open source dataset
PaintShop Pro 2021 Adds New AI-Powered Features for Photographers
5 Editing Tricks That Will Transform Any Landscape Photo