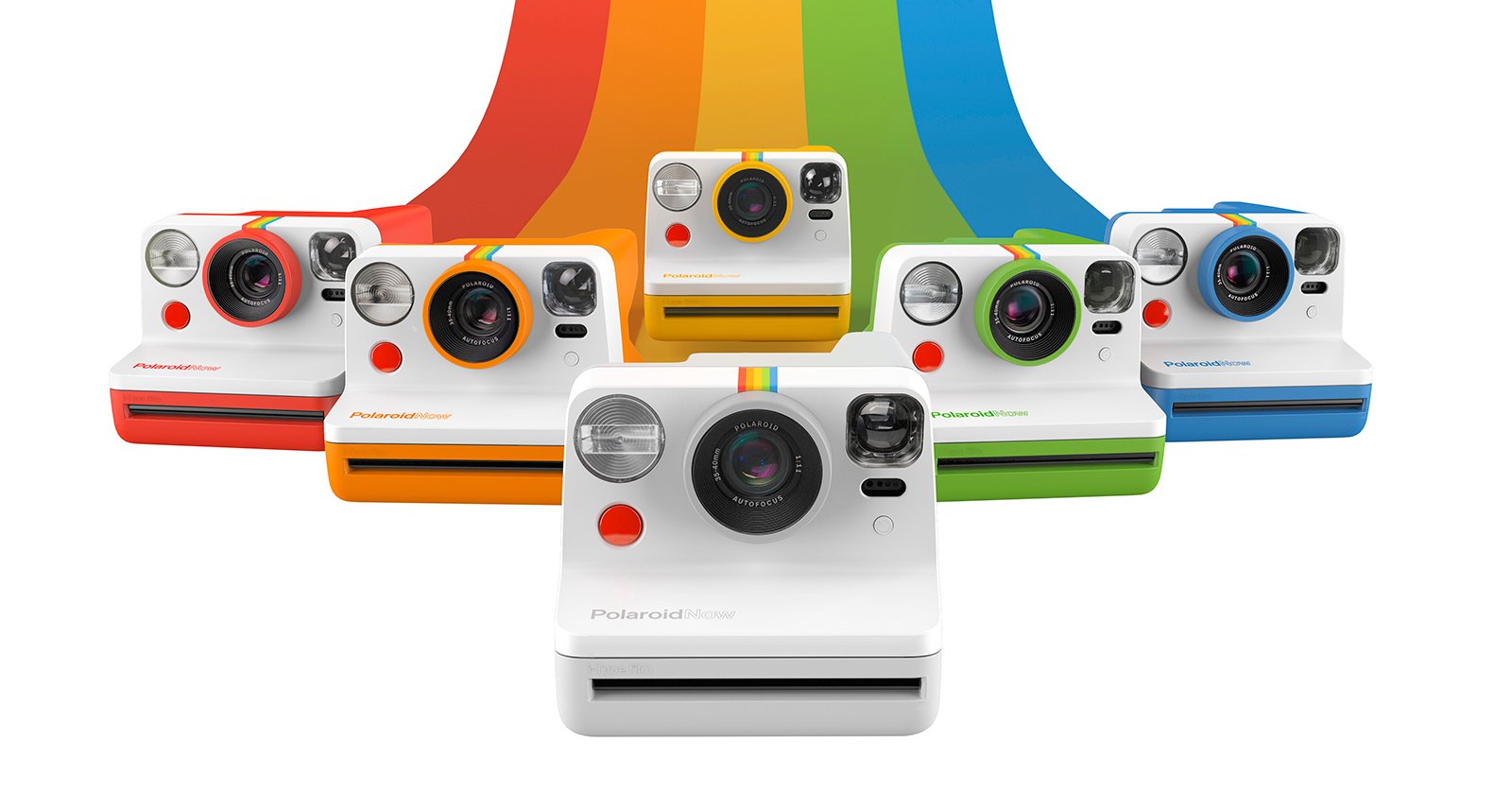 The Polaroid brand’s merger with Impossible Project started in 2017, when the brand’s holding corporation PLR IP Holdings, LLC was acquired by Polish investor Oskar Smołokowski, who also happened to be the CEO of Impossible.

But the broader Polaroid brand continued to release products that had nothing to do with instant photography, which were kept separate… for a time. Today’s announcement officially brings the whole brand together under the Polaroid name. One brand, one website, one company with analog instant photography at its core. In terms of design language, the Polaroid Now looks like a more approachable version of the Polaroid OneStep 2 and OneStep+ cameras released under the Polaroid Originals brand, and will be available in white, black, and, for a limited time, green, blue, yellow, red, and orange as well. Polaroid doesn’t say much about the autofocus lens system except that it “automatically switches between distance and portrait formats.” As for the improved battery life, the new camera can supposedly shoot 15 full packs of film—about $240 worth—on a single charge. The Black Frame varian is pretty self-explanatory, but the special edition Color Wave film will produce frames with “a host of hues, from moody blues to warming orange and red frames.” You can see some sample images below: The Polaroid Now camera is available to purchase today for $100 on Polaroid.com, where you’ll also find the new Color Wave and Black Frame i-Type film for $17 per pack of 8 exposures. The company did ask us to note that “shipping of Polaroid products may currently be delayed,” but assured us that stores that stock Polaroid products in the USA already have their shipments ready to go.

To learn more about any of the above or pick up the Polaroid Now camera for yourself, head over to Polaroid.com.