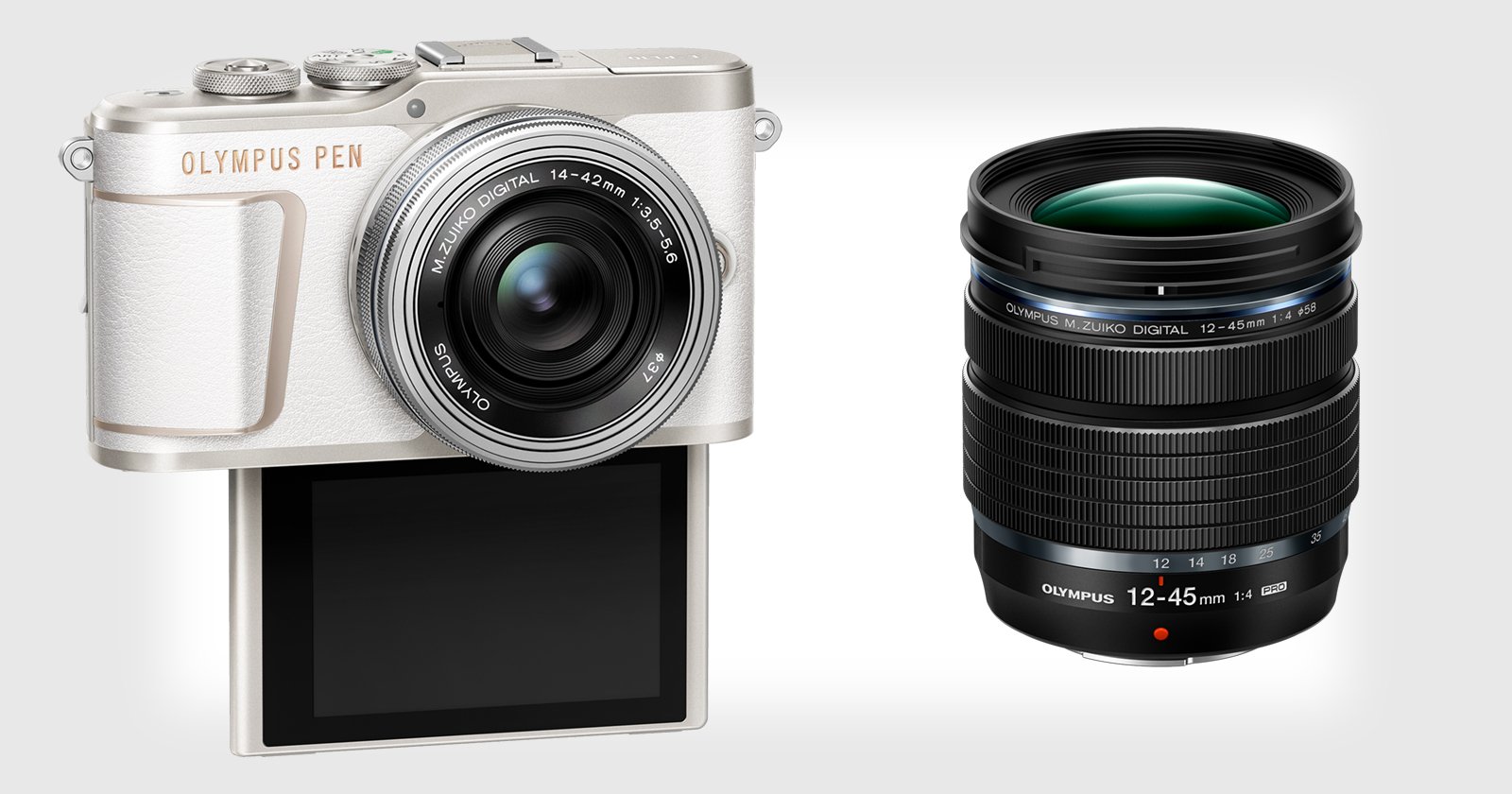 The OM-D E-M1 Mark III was the big release of the night for Olympus, but the company also had two other products up its sleeve. The first is the surprisingly compact 12-45mm f/4 PRO lens; the second the PEN E-PL10 camera that was already released in Asia four months ago.

Admittedly, the largely-unchanged Olympus PEN E-PL10 won’t get anybody’s adrenaline pumping, but the new 12-45mm lens is very interesting indeed, especially if you want to carry the most compact camera/lens combo possible. The new 12-45mm f/4.0 PRO lens’ claim to fame is just how small it is. Measuring just 63.4mm x 70mm and weighing only 254g, this dustproof, splashproof and freezeproof lens is being hailed as “the world’s most compact, lightweight model” in its class.

Additionally, the lens can function as a solid macro-like lens in a pinch, with a minimum focusing distance of 12cm at the wide end, and a maximum magnification ratio of 0.5x (35mm equivalent) across the whole zoom range. The Olympus M.Zuiko Digital ED 12-45mm f/4.0 PRO lens is scheduled to start shipping on April 7th, but it’s already available to pre-order for an SRP of $650. To learn more about this lens, head over to the Olympus website.

The new(ish) PEN E-PL10 is the latest addition to Olympus’ entry-level PEN Lite lineup of Micro Four Thirds ILCs. The camera draws design inspiration from the classic 1963 PEN-F, but adds in plenty of entry-level-friendly features like 3-axis in-body image stabilization, a 180° flip-down screen for selfies, a built-in pop-up flash, adjustable Art Filters, and built-in WiFi and Bluetooth that you can use in conjunction with the OI.Share app on your smartphone.

Hardware-wise, the camera is almost exactly the same as the E-PL9 that preceded it: you get the same 16.1 Live MOS sensor, TruPic VIII processor, contrast-detect AF system with 121 focus points, and 4K/30p video capability.

Here’s a video introduction to the camera, followed by some product photos for a closer look: The Olympus PEN E-PL10 is available now in White, Black, or Mocha for a suggested retail price of $600 body-only, or $700 when paired with an M.Zuiko Digital ED 14-42mm f/3.5-5.6 EZ Lens. To learn more about this camera, head over to the Olympus website or go ahead and order one today.

Google’s AI Will No Longer Tag Photos with Gender, Will Use ‘Person’ Instead
Canon USA Just Dropped Over 15% of Its Authorized Dealers
Reviewer: The LomoMod No.1 with the Liquid Lens is ‘The Worst Camera I Ever Tested’
Cosina Unveils Voigtlander 60mm f/0.95 Lens for Micro Four Thirds
The NONS SL42 is an Interchangeable Lens Camera that Shoots Instax Film