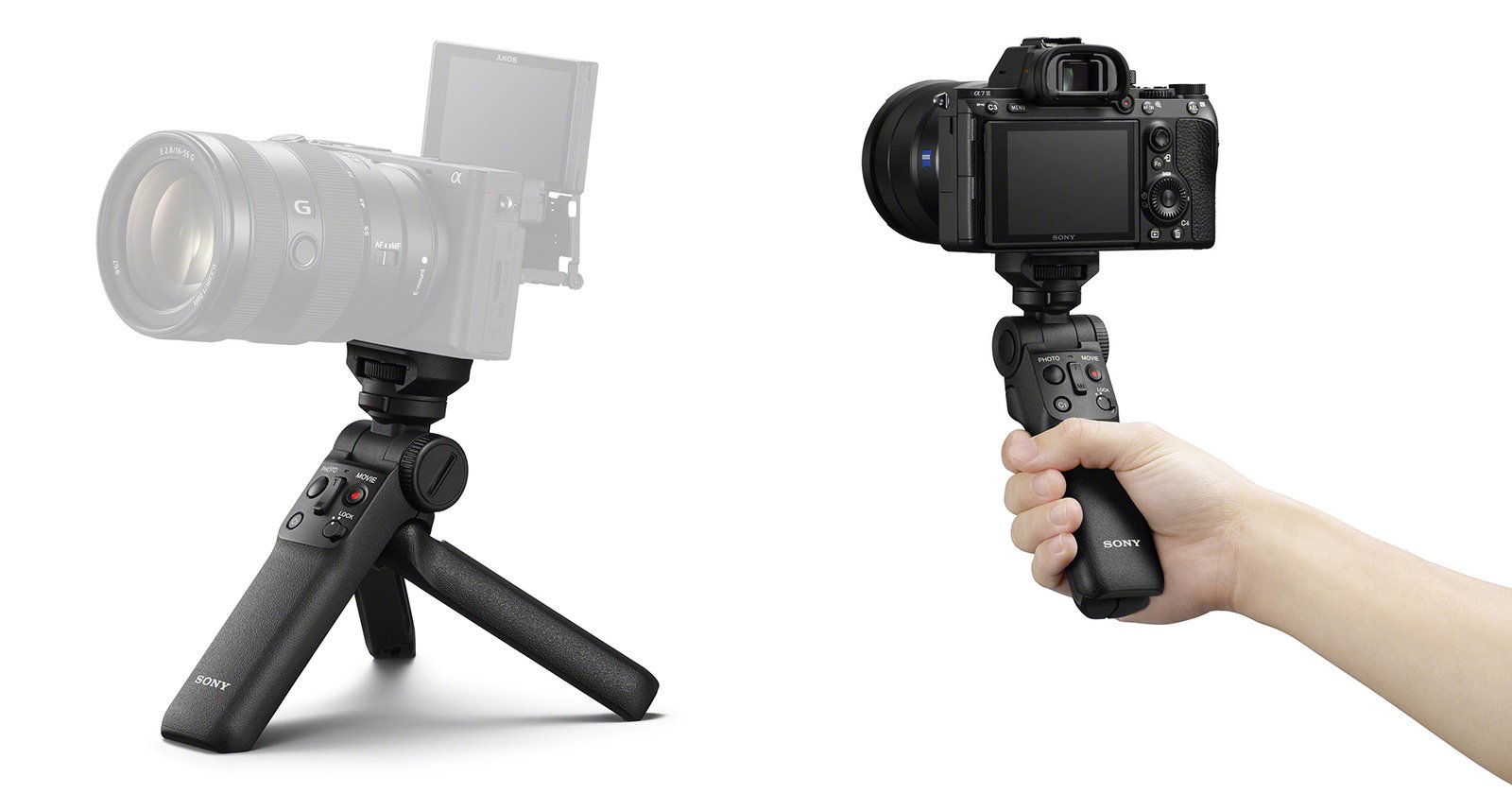 In a continued attempt to woo vloggers and travel shooters, Sony today unveiled the GP-VPT2BT: a “wireless shooting grip” for mirrorless cameras that lets users switch seamlessly between shooting video and stills on the run.

The GP-VPT2BT is a “shooting grip with wireless remote commander” that’s compatible with all of Sony’s latest mirrorless cameras—the a9 II, a9, a7R IV, a7R III, a7 III, a6600, a6400, and a6100—as well as the RX100 VII and RX0 II, as long as you’re running the latest firmware. The grip allows you to securely use the camera at arm’s length, while putting control of key camera functions right on the handle. As you can see from the images above: the grip can be expanded to function as a tabletop tripod, and on-grip controls include record, shutter, zoom, a custom button, tilt adjustment, and a lock switch. There’s also a “flip” button that allows you to rotate the camera 180° without removing it from the 1/4″-20 attachment.

Here’s a quick overview that shows the Sony GP-VPT2BT in action:

The Sony GP-VPT2BT will ship this month for $140 US. To learn more about the grip, head over to the Alpha Universe website; the GP-VPT2BT hasn’t popped up at online retailers just yet, but we expect it to go live in the next day or two.

Does Micro Four Thirds Have a Future in Photography?
You Can Now Use Fujifilm X and GFX Cameras as Webcams on Mac
Hands on with Yongnuo’s weird Android-powered YN450M Micro Four Thirds mirrorless camera
Kodak’s paper and chemistry business sold to Chinese company, a report
The Canon EOS R5 May Be Plagued by Overheating Issues in Both 8K and 4K Modes