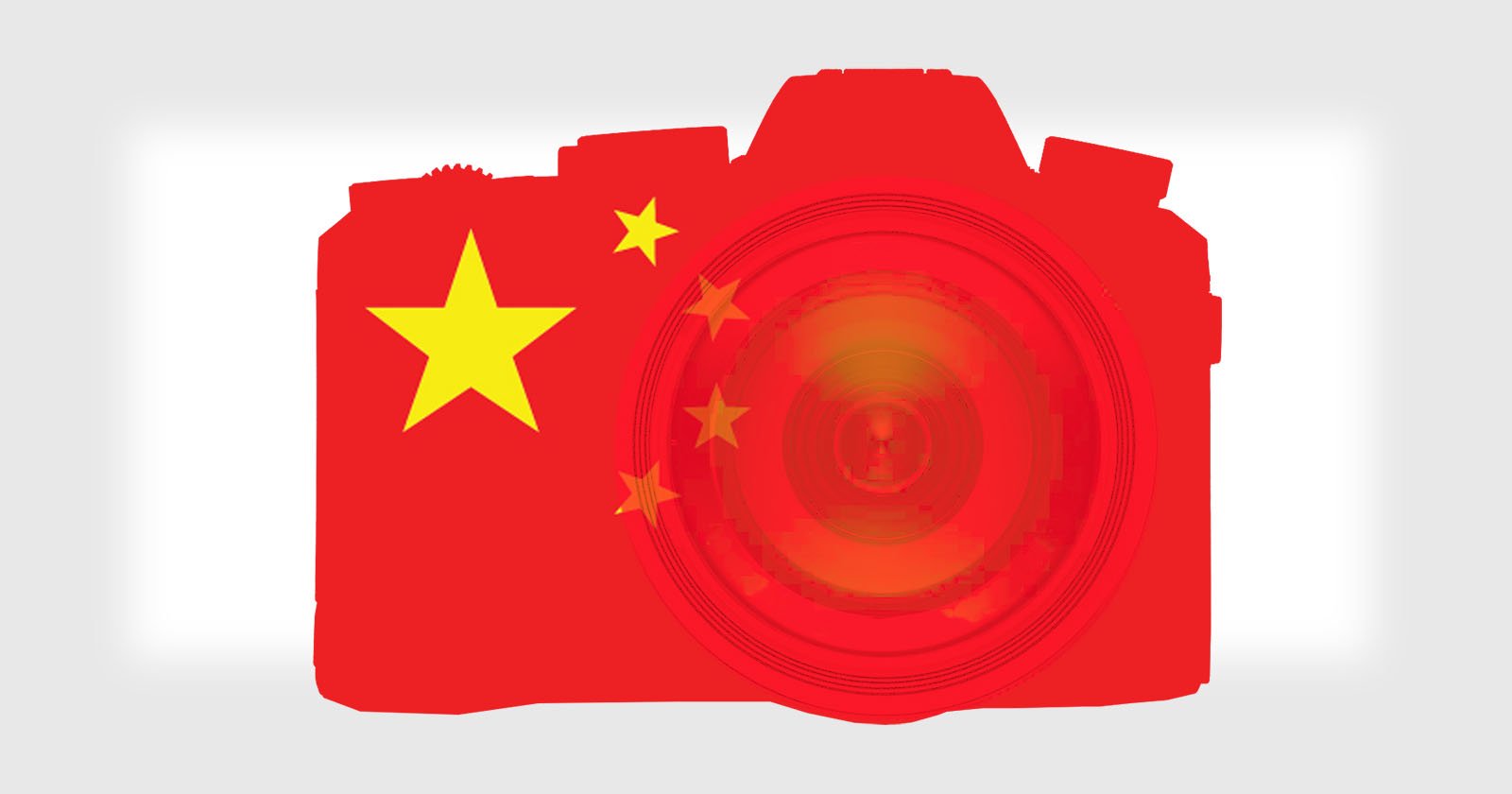 After the Second World War, if you were a professional photographer, then you would have used cameras from companies like Hasselblad and Leica. Photojournalists tended to shoot predominantly with Leica cameras, and they were essentially the standard.

This was predominantly due to the smaller, lighter form factor when compared to larger format cameras. Cameras from Leica were some of the best options available at the time and the great quality they offered came with an even greater price.

The price points were one of the most prohibiting factors for many people looking to enter the photography industry. It’s not as though most people had the money to afford cameras from companies like Leica; even to this day, this point remains. This meant that there was room to compete if a company could produce cameras at a much lower price.

The answer at the time came from lesser-known companies that were based in Japan.

It may seem somewhat odd to us now, but it wasn’t long ago that Japanese-made cameras were considered inferior. Industry-leading companies like Canon were, at the time, only known for producing knock-off Leica cameras. If you couldn’t afford the “real thing” that was produced in Europe, then you’d buy a cheap Japanese-made camera instead.

Companies like Canon only saw real success when they started to produce their own cameras. Ever since Leica produced the M3 in 1954, Canon decided to move away from producing Leica copies. In 1956, Canon produced its very first original rangefinder camera, the Canon VT. One could consider this to be the true beginning of the company.

Fast-forward to more recent times, and we now see how European companies like Leica and Hasselblad have become far less prominent within the photography industry. Even in terms of revenue, Canon individually generates more than most (if not all) Europe-based camera manufacturers.

The reputation that Leica had as a company for professionals is no longer present. More professionals and enthusiasts shoot with Japanese cameras, and it’s clear to see why. These cameras, for the most part, offer better, more effective, and a wider range of features at a much lower price.

Finally, and most importantly, the negative reputations that Japanese manufacturers once held have all but faded. Almost no one thinks twice about buying a camera made from Japan. Most people don’t even think about that and simply buy a camera based on the individual company’s reputation.

The Shift to China

Fujifilm’s decision to have their flagship cameras manufactured in China was quite a big step in my view.

The Fuji X-T3 is in my view the best APS-C camera currently on the market. I absolutely love shooting with this camera. As far as I know, this was the first flagship camera that Fujifilm had manufactured in China, and this is reflected in the price. For some time, the X-T2 actually costed more than the latest model; so, there are clear advantages to manufacturing across the border.

Admittedly, this individually isn’t a huge point that I’m making. What makes this an interesting point is when you look at the industry from an overall perspective and see how things are shifting across it. There are huge advantages (aside from many moral issues) to manufacturing in China mostly down to the cost. This puts competitors in a difficult position because competing with a Chinese company could be tough unless certain measures are taken. The shift to China could be inevitable.

The Rise of Chinese Brands

Over the last couple of decades, we’ve seen a huge increase in Chinese manufactured products. Many of these products have been copies of products from well-known brands. Due to this, Chinese made products tend to hold a negative stigma of being cheap and inferior. This is similar to the perceptions people held for Japanese made products not so long ago.

Companies like Venus Optics (more commonly known as Laowa) is a great example of a Chinese brand that’s been developing high-quality products. What seems to be separating it from many other manufacturers is the fact that it produces somewhat unusual and interesting lenses. Laowa’s most notable product so far is the 24mm f/14 probe lens which in my view is incredible. Laowa seemingly understood that it would be difficult to compete directly with many of the other manufacturers on the market. For that reason, Laowa produces products that put it in a separate category.

I interviewed the founder and CEO of Venus Optics, Mr. Li, and he described his thoughts on the industry and what they aimed to achieve.

“What we can see is that the traditional photography industry is being slowly occupied by smartphones and other convenient devices,” Li tells PetaPixel. “The market is gradually shrinking.

“However, if we carefully study the market trends, you will find that photographers who pursue fun, creativity, and uniqueness in photography are increasing. They are looking for personal photographic styles, creative shots, new experience, etc.”

Another company that comes to mind is DJI. This company has managed to grow at an incredible rate. Currently, DJI is the leading manufacturer of drones in the world. No other company comes close. The drone and gimbal industries as a whole are being led by Chinese companies, and there are no viable competitors anywhere else in the world.

Japanese companies like Nikon initially started off as optics manufacturers. Although it produced copies of Leica cameras, the products it produced themselves were mostly lenses. Eventually, of course, both Canon and Nikon produced their own cameras and rose to the top of the industry. In the same interview with Mr. Li, I asked if it were possible for us to start seeing more professional cameras from Chinese manufacturers.

“Yes, we have seen this change,” he says. “But digital cameras are different from film cameras decades ago. Japan’s transcendence began with autofocus, which was at the time when electronic cameras were getting popular. Japanese companies changed their manufacturing methods and drastically reduced costs. They also turn the complex photographic techniques into simple camera operations.

“However, there is no such route for China. Currently, smartphones have replaced low-cost photography markets. The complexity of high-end digital cameras requires the integration of multiple professions. It requires high-precision mechanical design and manufacturing. The design has to deal with electronic circuits and consist of software algorithms. And more importantly, the manufacture of sensors is almost monopolized by Japan. The lack of these industrial infrastructures means that it is impossible to create a digital camera that can fulfill the market expectations.

“I feel that it’s much more difficult to have this kind of shift when compared to decades ago. The reason is that it is not only the improvement of mechanical manufacturing and manufacturing methods but also the need to improve in various fields at the same time. Therefore, I don’t think that in the short term China can replace Japan’s status in [the] digital camera area.”

Mr. Li did, however, mention that it could be feasible for Chinese manufacturers to gain a foothold via a merger or a buyout. Companies like Nikon and Ricoh/Pentax don’t seem to be doing extremely well in these tougher environments and they could be potential acquisition targets.

DJI has potentially done something to this effect already with Hasselblad. Although their specific relationship has not yet been confirmed.

For DSLR and mirrorless cameras, we may not see a new major manufacturer enter the industry for some time. The main reason is that the margins are simply not there. Consider what the cost differences were between Leica and Canon rangefinder cameras. For that reason, it would be difficult to compete effectively.

Cinema cameras, however, could be where the battle is won and lost. A high-end RED camera system can cost more than $180,000. Even if we’re looking at just the brain section of the system, the 8K version is currently priced over $50,000. The alternative is a company from China called Z-Cam.

Z-Cam currently offers a number of cinema cameras including one with a full-frame sensor that shoots up to 8K. Of course, the RED Monstro is better in almost every regard, however, considering that it costs almost 10 times that of the Z-Cam, you can see that there is room to compete.

If Z-Cam starts producing cameras with similar features at a much lower price point, it could start to change the cinema industry.

It’s not a huge leap of the imagination to say that companies from China may start to change the photo and video industry. Cinema cameras may be the first to be hit because companies like Z-Cam could start eating away at profits from companies like RED, Panasonic, and even Canon.

The difference in manufacturing cost is very real and this could give Chinese companies a great advantage over their competitors. I imagine that in the next decade we may start to see a few notable buyouts and mergers that solidify China’s impact within our industry.

About the author: Usman Dawood is the lead photographer of Sonder Creative, an architectural and interior photography company. You can find more of his work on his website, Instagram, and YouTube.

Instagram is Now Hiding Photoshopped Photos
Canon wins lawsuit against counterfeit battery sellers on eBay
15 famous and inspiring photographers
Lightroom 4: Importing and Organizing Your Images
The Platyball is a ‘Next Level’ Tripod Head with an LED Level and No Protruding Knobs