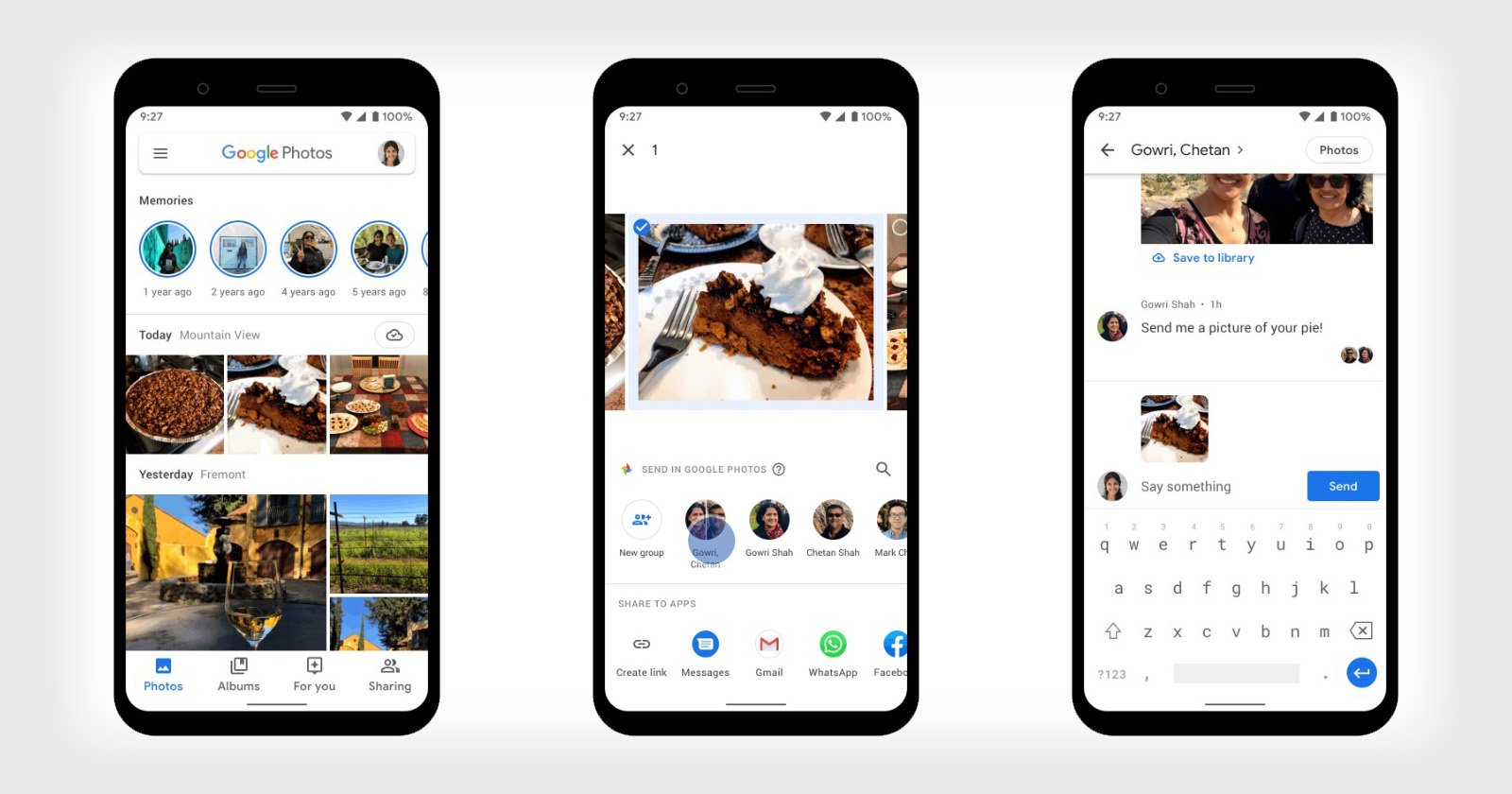 Google announced today that it will be adding a private messaging feature to Google Photos, making it possible to share one-off images and video with friends and family without having to create a shared album or leave the app.

The feature was announced in a post on the Google blog, where it’s described as a response to feedback the company has received from Google Photos users. Up until now, the only way to share a single photo within the Google Photos app was to create a shared album with just… one image inside it. Users have pointed out how silly this seems, and so Google created “a simpler experience” by adding the ability to send private messages within the app.

“This gives you one place to find the moments you’ve shared with your friends and family and keep the conversation going,” explains Google Photos product manager Janvi Shah. “This means I can show my mom and dad how my pumpkin pie turned out in just a few taps.”

This GIF shows you what those “few taps” look like:

Sending one-off photos and videos is the point of the new feature, but the messaging app lets you do more than that. You can chat back and forth, like the photos you’ve been sent, and easily save them to your own gallery. In other words, it’s just like Instagram’s DM feature, and just like IG messages, it’s not meant to replace iMessage or WhatsApp.

“This feature isn’t designed to replace the chat apps you already use,” clarifies Shah, “but we do hope it improves sharing memories with your friends and family in Google Photos.”

Direct messaging is rolling out over the next week, and will be available on the iOS, Android, and Web versions of Google Photos. Update your Google Photos app to give it a try for yourself.