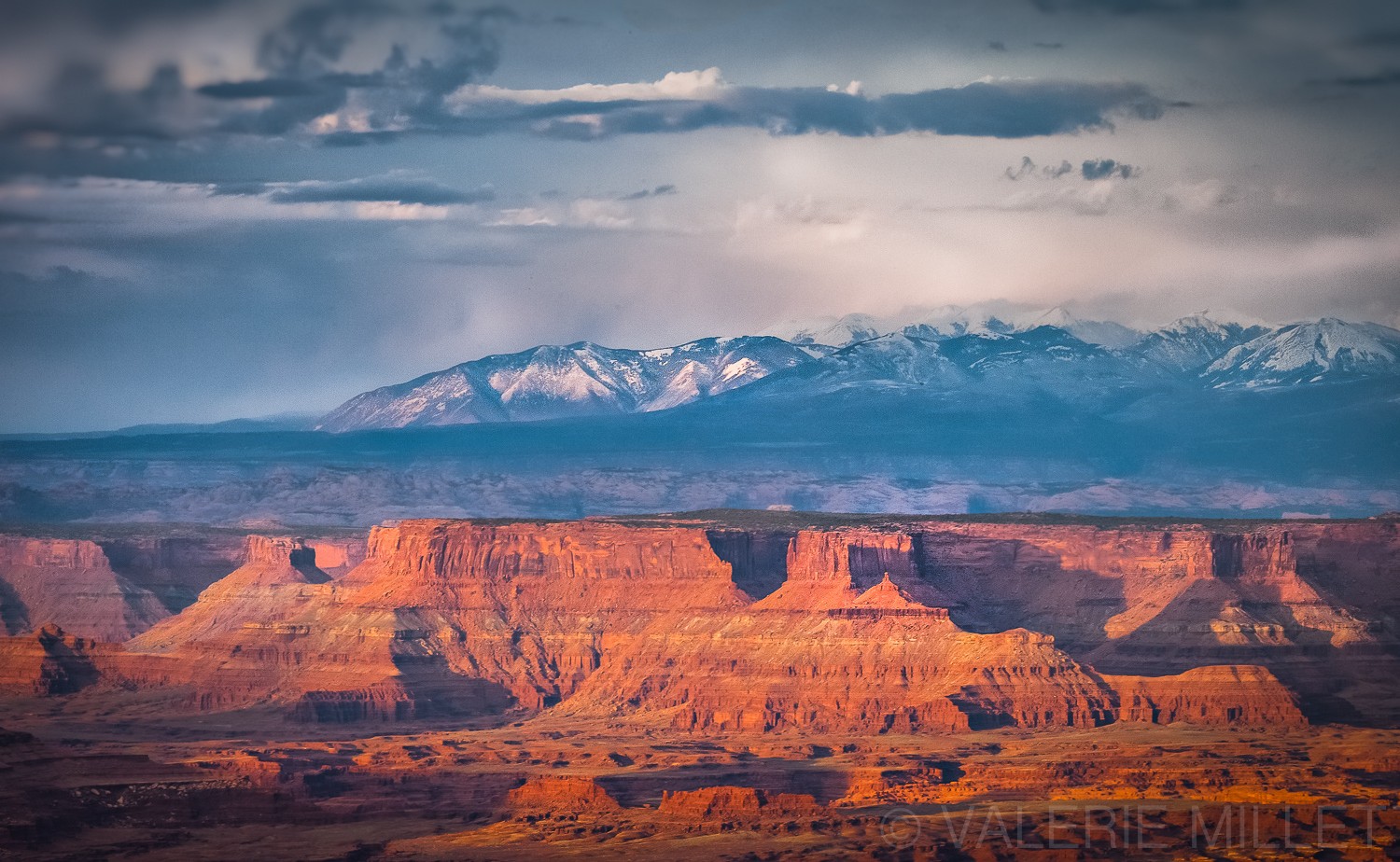 Valerie Millett: I am an explorer of sorts, an avid hiker and backpacker. I’m a freelance photographer and writer for the Arizona Republic Newspaper which is the 5th largest newspaper in the U.S. I’ve enjoyed contributing to the Explore Arizona section which features local hikes and cool travel destinations.

My photography is the documentation of a fascination with the natural world. I love to be surrounded by beauty and unique geology. I see meaning and purpose in every journey and I see light, composition and opportunity in every scene. Every trip I take, adventure I set out on, there has aways been a lesson. It’s how I’ve come to view my photography now, as a series of lessons and I’m here to learn.

This mysterious land of enchantment, a siren song seducing many an explorer, writer, poet, miner, photographer, artist and even those seeking healing of the metaphysical kind. An indescribable allure that promises endless fascination to those of a curious nature.

For those suffering the ills of industrialized urbanization, the open road and vast empty spaces have long inspired romantic notions, uplifted spirits, encouraged self-discovery, and delivered an unabashed sense of freedom.

Imbued with a magical charm and a tangible presence of ancient people, you’re entering the realm of The American Southwest. 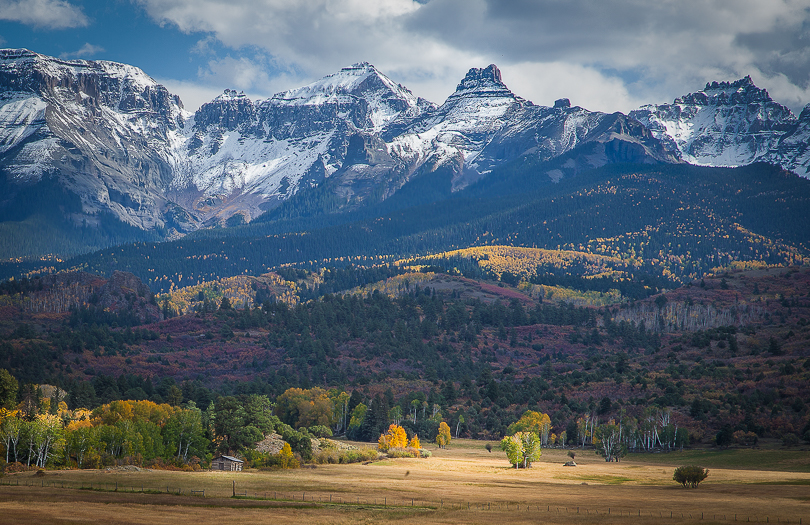 I consider myself fortunate to be centrally located and surrounded by hundreds of miles of such dynamic geologic landforms, where new discoveries are a mere road trip away.

Each adventure becomes a muse and a catalyst for my next set of photographic expressions, prose and cherished memories. The photography serves as the documentation while the writing helps to define and express the emotive. Each road trip becomes a complete love affair—affair being an apt word as the landscape and nature of a road trip opens up the freedom to dip your toes in, then leave.

Road-tripping through the Southwest there’s always an escape route, there’s always a distraction. A great life—albeit for a short amount of time—but for a seasoned loner and photographer, the road trip is a superb isolation. 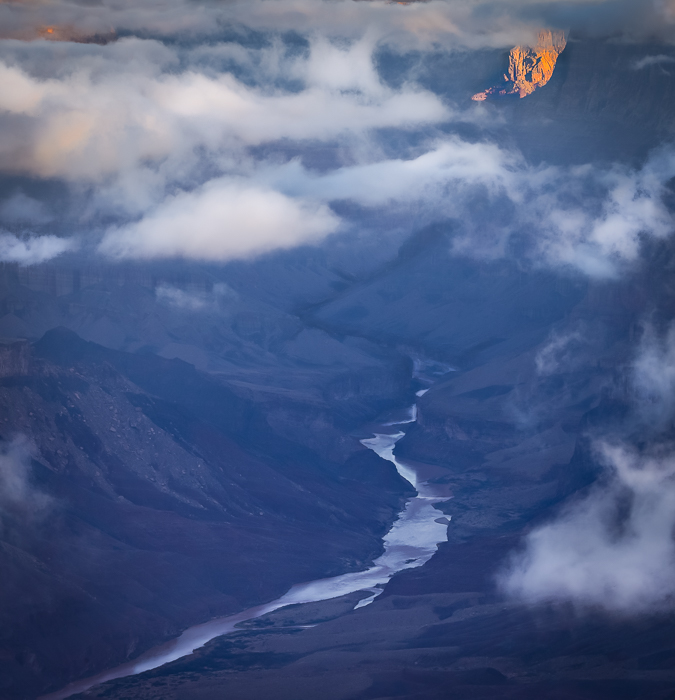 Back in 1884, a young newspaperman referred to as ‘a bourgeois Yankee in revolt’ by the name of Charles Lummis walked from Cincinnati, Ohio to Los Angeles where he took a job as a writer. The trek took 143 days and inspired a collection of essays published by the LA Times. In 1892, the writings would be published as a book called A Tramp Across The Continent.

In a gorgeous style somewhat akin to that of Mark Twain, Mr.Lummis captivated the turn of the century East Coast with his accounts of the Wild West. In a romanticized larger than life narration he wrote about his encounters with the desert and the natives. At the least, Mr. Lummis was a dreamweaver of sorts who helped change the perception of the Southwest as a barren wilderness to that of a national treasure.

He later became the magazine editor for Out West, which also published the works of John Muir and Jack London. Lummis contributed hundreds of articles as well and became a staunch Native American activist, preserver of Spanish missions and advisor to President Theodore Roosevelt. 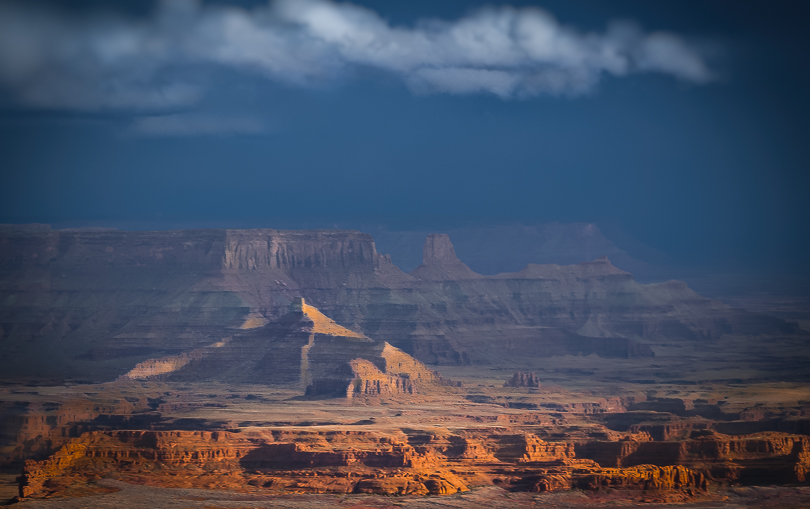 The American Southwest has inspired the artistic visionaries and those gifted with the written word. Spend time here and the passages of Mary Austin, Aldo Leopold, Wallace Stegner, Bernard Veto and of course Edward Abbey will resonate deeply.

Their words not only come alive but seemingly whisper in those quiet places, in the barely audible whistles of the canyon winds. In the rambling undertones of a river after dark and in the songs of the canyon wren, I hear their stories. 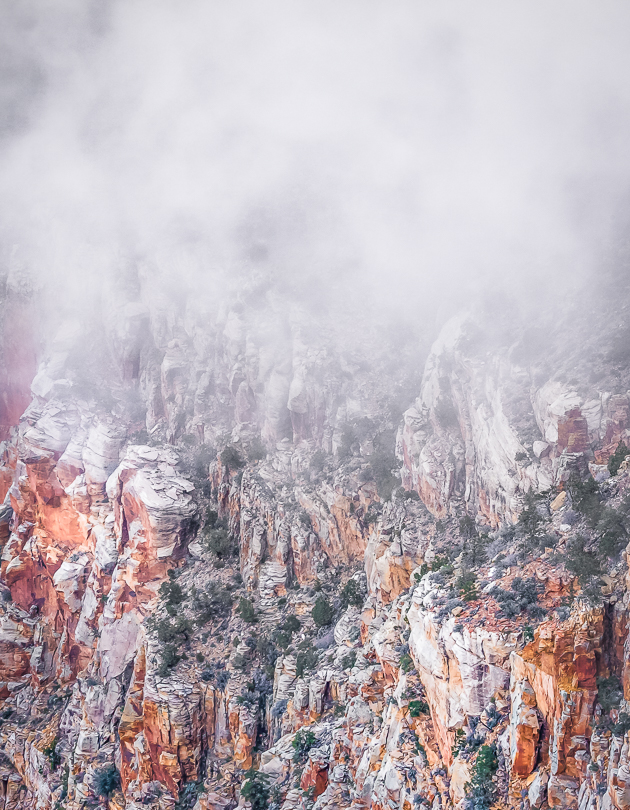 There hasn’t been a time out in the desert or canyons that I haven’t thought of Edward Abbey’s words since reading Solitaire. Abbey stands out, his intelligence-driven prose draws you in and his writing style is rhythmic, alluring, and uplifting. Just when you’re maintaining your high, he pulls you right back down to earth with his irreverent musings and his contemptuous warnings about the perils of industrialized tourism and where we may be headed in the future. Sober up.

He wrote in such a way that the his love and passion for the Utah canyon lands becomes a tactile and passionate love letter. In the context of his words, you begin to smell the desert, and your ears will pick up the harmonic desert sounds. Time will lose context and the desert will seemingly appear right in front of you.

I read the very last passages of Desert Solitaire while camping in Death Valley National Park. As I turned off my Coleman lantern, I drifted off to the coyotes moonlit melodies and Abbey’s sentiments swirling around in my head. 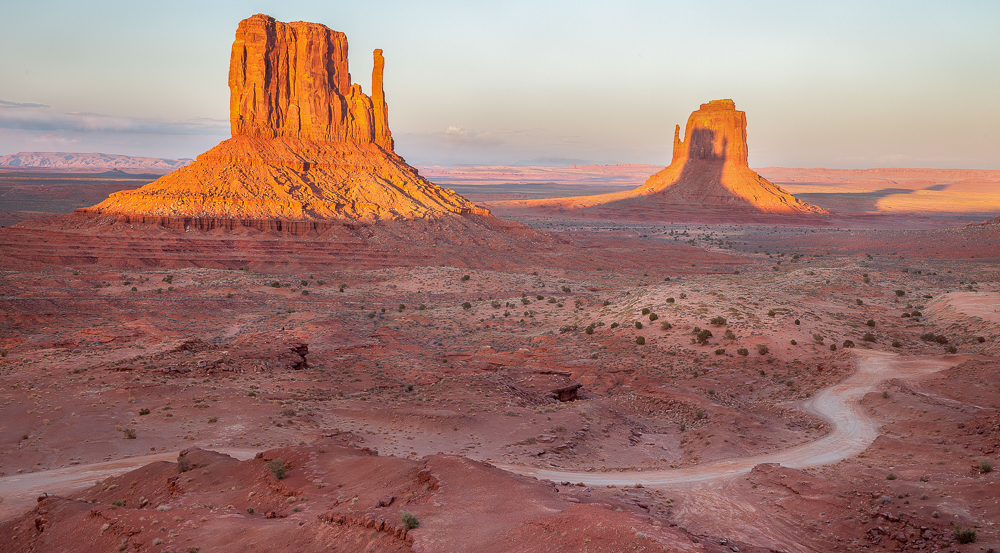 Too numerous to even begin to mention are those artists whose visual interpretations have mesmerized and sanctified this region. Georgia O’Keeffe, Merrill Mahaffey, R.C. Gorman, Ed Mell, and Howard Russell Butler are a few of my personal favorites.

While I’m particularly fond of the National Parks, I’m even more fond of avoiding the masses of tourists. Through trial and error, I’ve found ways to work around this issue and I’ve encountered some profound alone time in most beautiful vistas, canyon lands, and even the more remote lesser-known treasures of the Southwest.

No icon-shame here, as though it’s some form of a lesser photographic endeavor. To reduce some of the worlds most beautiful regions or vistas as not worthy simply because others have aimed their cameras in the same direction is cheating yourself not only as an observer of substantial beauty, but most certainly as a photographer and artist.

The Grand Canyon’s static viewpoints are highly photographed and hugely iconic but no two storms are ever the same and lighting never strikes twice in the same place (so I’m told). Every once in awhile a photographer will catch just the right light and magic, and the canyon is new and original in a spectacular way.

I love these areas, love photographing them and I unabashedly make no apologies. 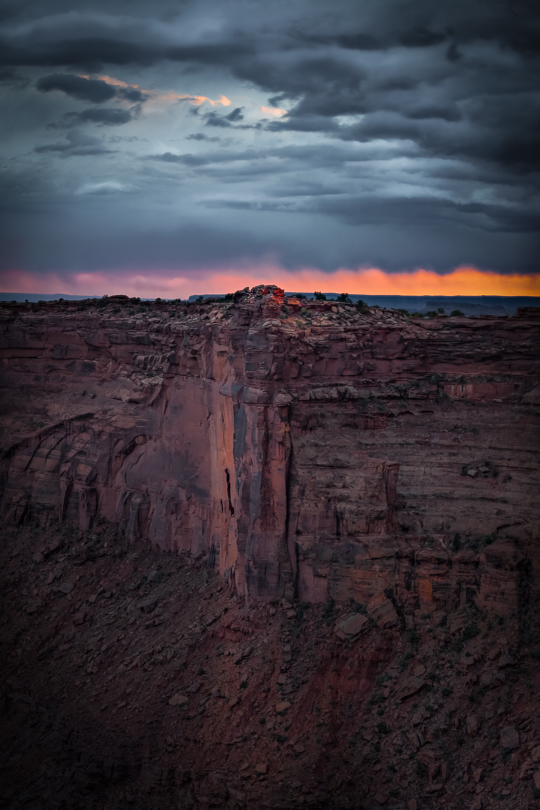 While I’d love to explore the entire world through my camera, I’m not at all disheartened with my current more desert-bound self. Au contraire, mon ami, I could photograph the American Southwest for the rest of my life and never scratch the surface of a story that started 2 billion years ago.

I live among some of the worlds most exquisite geological land formations, and behind every beautiful turn there is, inevitably, a story and bit of history that just adds an element of richness to the experience. Grand Canyons and underground caverns, hoodoos and extinct volcanoes, prehistoric sand dunes and seas in retreat. Petrified forests and desert waterfalls that simply beg for exquisite light if one is patient. The dynamic summer storms of the monsoon, snow in the high desert, and fall colors that even make Vermont blush—how could I possibly feel disenchanted in the land of enchantment? 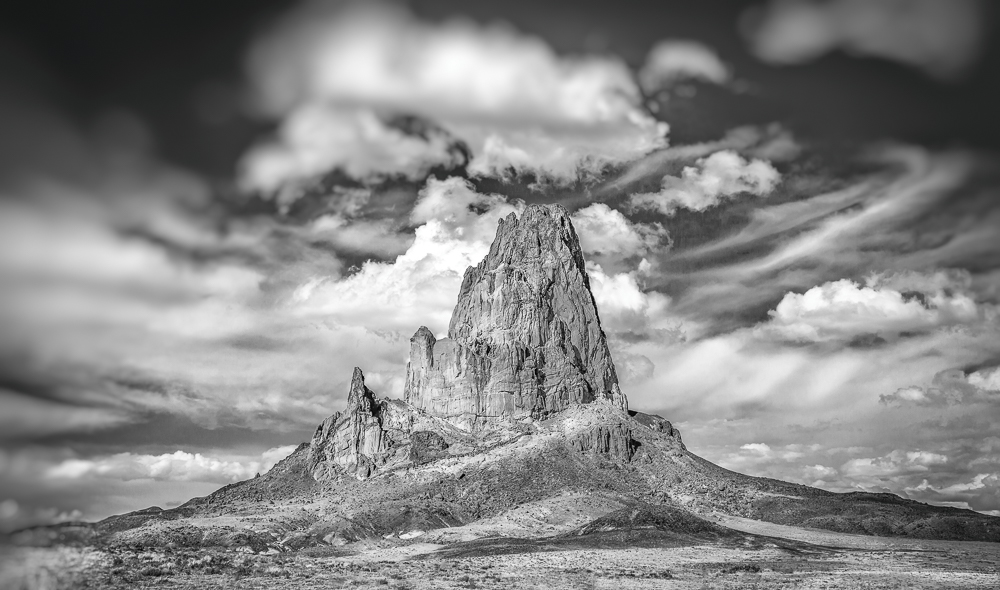 My road trips are fueled by curiosity and the sensibilities of an incurable romantic. A wanderlust in search of beautiful light, dynamic weather and tall tales.

I tend to love the classic vistas, the images that depict a sense of timeless Americana. I’ve fallen in love with these landscapes, falling through time and space and dusty legends. Followed by the stars of ancient skies, one can get lost in the mystique and allure and everything in between while out romancing The American Southwest.