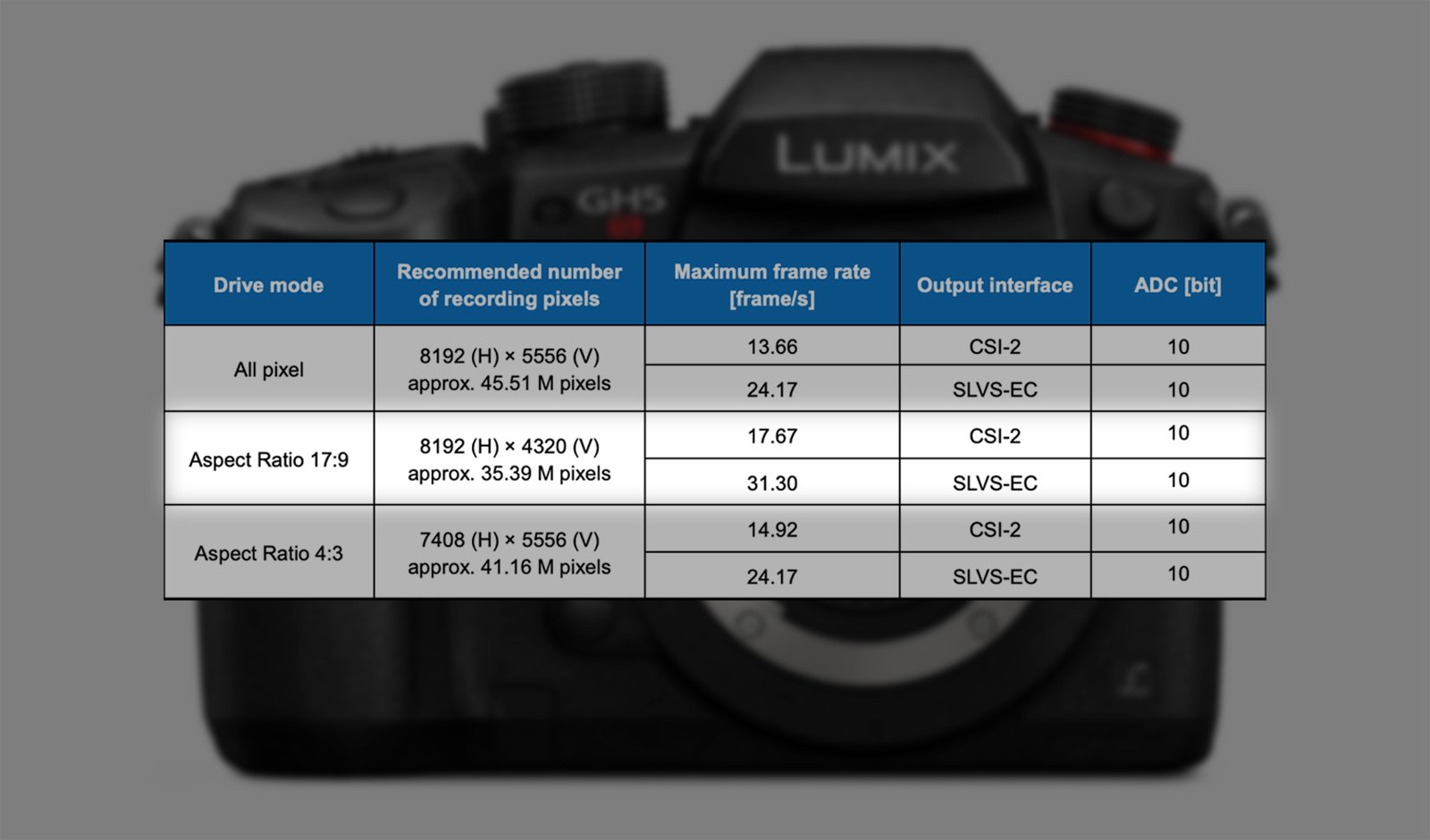 Yesterday, Sony quietly released the specs for a new 47MP Micro Four Thirds image sensor that it claims is for “Surveillance, FA cameras and Industrial cameras.” But the image sensor—which can record 10-bit 8K/30p video with a with a 17:9 crop—might actually show up in the successor to the Panasonic GH5S.

The new image sensor (model name IMX492LQJ) is detailed in a standard specs document like we’ve seen before. The sensor is described as “a diagonal 23.1mm (Type 1.4) CMOS image sensor with a color square pixel array and approximately 47.08M effective pixels” which can operate at three different voltages (to save battery) and promises “high-sensitivity” and “low dark current.”

Since this document was released, the section labeled “Application” has thrown people off, since Sony lists the sensor as made for “Surveillance, FA cameras and Industrial cameras.” However, as DPReview points out, the IMX299 sensor found inside Panasonic’s GH5S was also labeled this way in Sony’s documentation.

Of course, whether or not this actually shows up in future MFT camera systems is anybody’s guess, but as full-frame mirrorless cameras begin recording 6K resolution and outputting RAW video, this might just be the sensor that helps Micro Four Thirds keep its advantage for video.