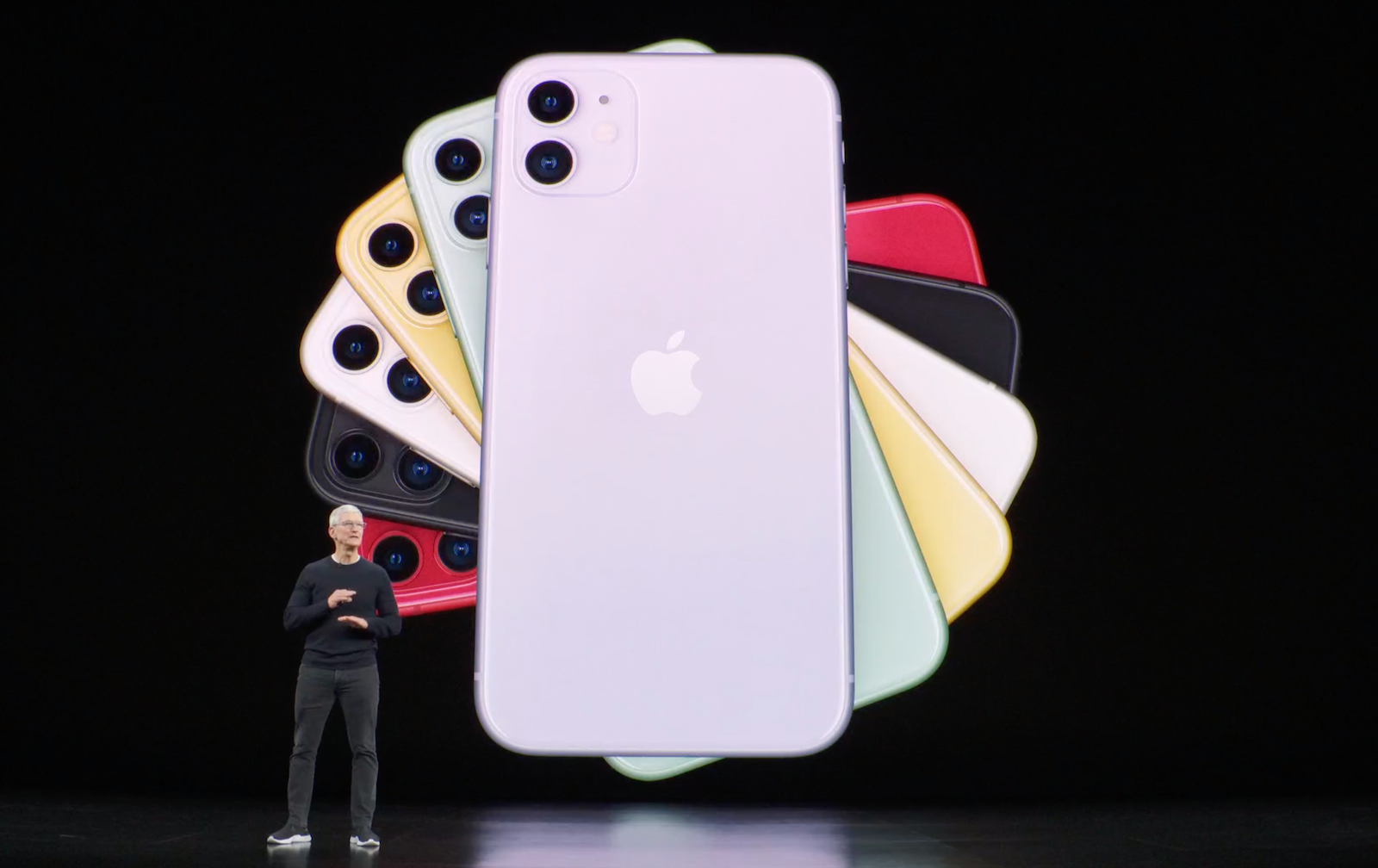 Today at a “Special Event” at Steve Jobs Theater, Apple revealed what it has in store for the much-leaked iPhone 11, and the news is good for smartphone photography lovers who were hoping Apple would catch up with Android phones like the Google Pixel 3.

The iPhone 11 is the next generation of the entry-level iPhone XR model, and it adds much more capable photography features to what was previously a single-camera smartphone. The new dual-camera setup on the rear ditches the telephoto camera for dual 12MP wide-angle and ultra-wide angle cameras, giving you a lot more versatility in the photos you can capture.

The 12MP wide-angle camera uses a 26mm f/1.8, 6-element lens with optical image stabilization and 100% on-sensor PDAF pixel coverage. The 12MP ultra-wide angle camera goes a lot wider, giving you a 13mm f/2.4, 5-element lens with a 120° field of view. From what we can tell, this one will NOT be optically stabilized. But, as with the triple camera iPhone 11 Pro, hardware is only part of the story. Taking advantage of the powerful new A13 Bionic CPU and GPU, Apple has updated the image pipeline with multi-scale tone mapping and other computational photography improvements for more advanced Smart HDR, Portrait Mode, and Portrait Lighting.

Perhaps most importantly, Apple is also adding Night Mode, which takes on Google’s Night Sight. The technology uses what Apple is calling “adaptive bracketing,” which intelligently chooses shorter or longer frames based on the amount of motion and light in a scene, and combines them into a brighter final image. If your subject is static and the light is very low, it will select longer exposure times; if your subject is moving, it will use shorter frames to help reduce blur in the final shot.

This should translate into much-improved low-light photos that promise to compete with the latest Android phones.

Finally, the front camera has also been updated with a wider lens and higher-resolution 12MP sensor, which will support 4K/60p and 1080/120p video. The addition of slow motion capabilities inspired Apple to coin a new term: “Slofies” as in slow-mo selfies. Submitting that tidbit without comment…

The iPhone 11 will be available for pre-order September 13th at 8am ET for “just” $700, and will begin shipping on September 20th. You’ll be able to pick it up in one of six color options: white, black, green, purple, yellow and Project RED.

Google’s AI Will No Longer Tag Photos with Gender, Will Use ‘Person’ Instead
A Look at 35mm Pano Alternatives to the $3,000 Hasselblad XPan
Fujifilm is Going to Release an X-H2, But Probably Not This Year: Report
Sony World Photography Awards accused of censorship after removing Hong Kong protests images
Long Term Review: Two Years with the Laowa 25mm 2.5-5x Ultra Macro Lens